Posted on September 21, 2014 by janecarterauthor 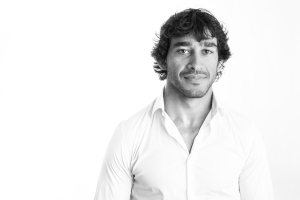 I know a hero when I see one. I write heroes. It’s not often one gets a real life hero placed before your eyes.

Friday night, it’s a sudden death final of the Rugby League in the Allianz Football Stadium in Sydney. The Roosters take on the Cowboys. That’s Eastern Suburbs up against the North Queensland team.

Eastern Suburbs are red white and blue. They’re kind of blonde and don’t get dirty. They also won the Premiership last year.

North Queensland – and no one ever calls them that – I honestly have never worked out what their colours are, a bit of white a bit of blue and some yellow. Their captain is Jonathon Thurston. Jonathon won the Dally M medal in 2005 and 2007 and I believe is standing strong in his points for this year. The Dalley M medal is awarded to the best and fairest player for the year. This is based on the accumulation of points given to the best three players after each game awarded by sports commentators through the year.

Dalley M stands for Dalley Messenger, one of our first Rugby Union players to be signed to the fledgling Rugby League team in 1907 which pretty well saw the establishment of the Rugby League. The Union were so upset that his quite remarkable records were struck off for 100 years before being reset.

Back to Friday night. The Roosters run on and in a convincingly efficient and stellar manner run up 30 points. The cowboys looked disorganised and ineffective. But before half time Cowboys are in with their first try. Fast forward to the last ten minutes. The cowboys have equalled the score to 30 all. By this time the game is a gladiator battle, the two sides throwing everything they have at each other. Flesh slamming against flesh. I haven’t seen anything like it since the NSW won their first match against Queensland in the first State of Origin match this year which resulted in a NSW win – after eight years. They are all exhausted and showing the strain but neither are giving up. Thurston is brilliant, getting the ball out in all directions. In the next five minutes the ball goes up and down the field. Finally Roosters kick the ball over the posts for a single point – all that is needed for a win. Then in the last minute of the game the ball is passed down the Cowboys line – it skips over a player and bounces in front of Jonathon Thurston who picks it up and hares for the line to score an incredible try. Roosters can only watch in dismay. Thirty seconds to go.

But the try is disallowed. A knock on is ruled before it reached Thurston.

And this has happened before to the Cowboys. Last year in a final and the year before that in a final.

The cowboys are gutted. The game and their hopes for this year dashed. Jonathon Thurston, totally physically and emotionally wrung out, is interviewed and resolutely refuses to blame anyone or attack the referee. Later, both he and the coach say only that the Cowboys failed when they let the Roosters get 30 points ahead in the first place.

Dalley Messinger, well known for his sportsmanship, introduced money into the game of football. Over a hundred years later, although money is huge in the game, brilliance on the field and sportsmanship are still a big part of the game we love and know as Rugby League.

1 Response to A Real Life Hero